WELCOME TO THE MUSEUM OF RIVER NAVIGATION

Going along the state road n. 16, in the direction of Padua or Monselice, cross the village of Battaglia Terme. Bordered to the west by the Euganean Hills and to the east by an intertwining of waterways leading to the sea, the town develops along the banks of the homonymous canal built by the Padovani in the 13th century. Everything at Battaglia has always been connected and related to water. It has been, for centuries, the center of a dense network of traffic and trade that has made it an important river port; its canal was crossed by the great burchi laden with masegni (trachyte) and grains destined to the ports of Venice and the lagoon. The water has also provided the necessary energy for the operation of mills, saws, hammers and madmen of the paper mill, which have made Battaglia an important and dynamic craft center. A testimony to this secular industrial vocation is the Civic Museum of River Navigation. Located at the edge of the Ortazzo Riviera, it is unique in that it collects stories, materials and memories of life lived through which you can rediscover the traditions, practices and activities of a recent past that should not be forgotten. 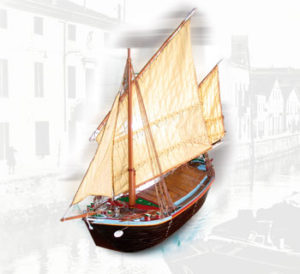 The Museum of River Navigation in Battaglia Terme provides a real and true journey to the lost world and culture of the barcari , a world which is strictly bound to the identity and history of Battaglia Terme and its surroundings. 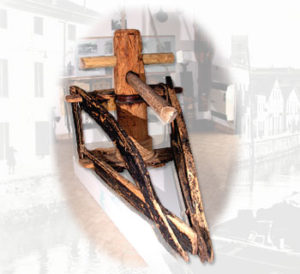 From ancient times, rivers and canals were used as the natural and safest communication routes for the transport of goods and passengers. In particular, in the Veneto region, the close-knit river system influenced the development of social and economic relations, enhanced by a vast and highly developed range of types of boats. 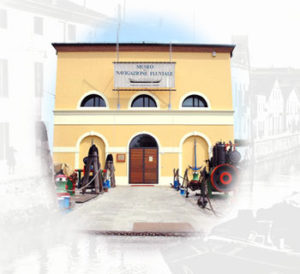 Exhibited in the outside courtyard of the museum are fèri (anchors), hoists, winches (verricello), engines and brìcole (Bricola is the wooden piling used to mark the course of a Venetian canals and rivers). Just a short walk from here, near Catajo Castle, is another point of interest connected to the Museum: the boat basin. 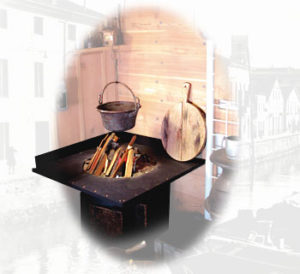 A cross-section shows the composition of the boats, the various types used for transport of goods or people and how they were constructed. Of special interest are the scale models of the burcio“Lina”, one of the last of this type of riverboat in operation, and the cross-section of the mainmast of a Paduan burcio, the type of boat common in the Veneto region and the symbol of river navigation. Against the wall is the rudder of the burcio “Spes”, 4.50 m. tall, complete with its rigòla(tiller), with the reduction made following motorization of the craft highlighted.