Last 16th August a Japanese delegation of the University of Architecture “Kindai”, Hiroshima campus (Japan), visited the Museum of River Navigation. The team consists of professor Aya Hiwatashi and the students Otani Akifumi and Yoshida Takumi.

The tour was guided by Ilaria Albertini.

Both Riccardo Cappellozza, founder of the Museum, and Maurizio Ulliana, president of the Association TVB and current manager of the Museum, attended the meeting.
Thanks to the excellent knowledge of our language by professor Aya, the visit was held in Italian and translated by herself in Japanese to the students.

The goal of the visit to Veneto, in particular to Battaglia Terme, was the Venetian hydrography and the navigation along the rivers.
The students did not only visited the Museum but were also interested in understanding the history of the river navigation. After an awesome introduction by Mr. Cappellozza, that personally lived the epic of the “barcari”, Mr. Ulliana explained the history of Padua and the defence system of Venice back in the XVI century. In fact, part of it were built along the Piovego, a canal that already in the Middle Ages was used for the navigation.
Studying our type of river navigation has allowed them to compare it to the Giapanese system.

Professor Hiwatashi has underlined the peculiarity of our region, where we can find multiple stratifications due to the continuous evolution of our territory and of the river navigation itself. Completely different scenario than in Japan, she says, historically more conservative and unchanged for longtime.

Since 10 years the Museum has been periodically visited by a delegation of the University of Architecture “Kindai”. In the past they also published a book dedicated to the river navigation (available in Japanese language at the public library of Battaglia Terme).

According to the Japanese tradition, at the end of the day the 2 groups exchanged some gift. 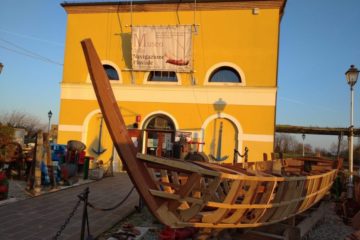 We are sorry to inform our visitors that the Museum of River Navigation will be closed to the public from November 6th to December 3rd, following the new regulations to contain the spread of Covid19. 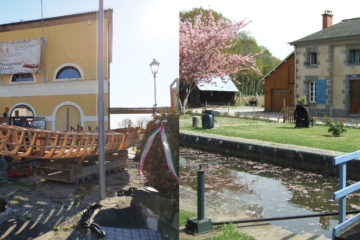 #TheMuseumAtHome Individual visitors or groups can connect to the guided online tour, live from the Museum of River Navigation in Battaglia Terme! The cost of € 5.00 for connection will be discounted, by December 31, Read more… 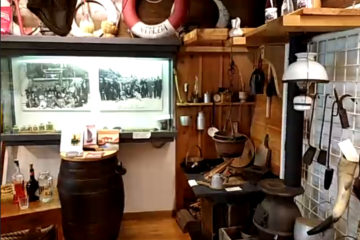 Sunday, The Museum of River Navigation at your home

Individual visitors or groups can connect to the guided online tour, live from the Museum of River Navigation in Battaglia Terme! Sunday 19th April, 26th April and 3rd May at 10.30 – 11.30 – 15.30 Read more…